This scheme in the townlands of Clonroadmore, Ballybeg and Clareabbey will involve the following works: 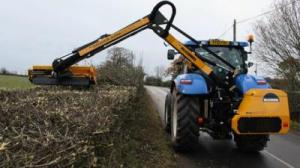 Through investment in roads, water and our public amenities we are going to see progress.

From a Shannon Airport perspective the scraping of the travel tax was welcome in a bid to boost tourism traffic to the country.

Shannon Airport, on January 1st 2013 celebrated the beginning of a new era for Ireland’s most historic airport as it officially became an independent entity overnight.

Since then the airport has worked towards the development of the International Aviation Services Centre at Shannon, which is targeting the creation of a significant number of primarily aviation related jobs within a three to five year period, building on the existing cluster of 40 aviation related companies in Shannon currently.

Last October Ryan launched 8 new services from Shannon which was a great boost to the region.

On December last Shannon Airport welcomed another major boost for services in 2014 as Aer Lingus Regional announced 100,000 new seats across three UK routes for next year.

The Revised Estimate for the Department of Transport, Tourism & Sport provides for a total budget of €1.27 billion in 2014, a small increase on last year. This is very welcome at a time of constrained spending across Government.
· This increase relates primarily to the Government Stimulus Plan announced on Budget day which provided for additional capital funding of €82.5 million for specific projects and programmes next year.

Key beneficiaries of the Stimulus are: